Here we are again, trying to find the bottom line in the latest version of the GOP bill to repeal and replace the Affordable Care Act. In a narrow vote of 217-to-213, the House passed the new plan, which still has a long way to go before passing the Senate. One thing for certain is that it calls for Planned Parenthood of America to be defunded––just like the bill that failed to pass in March.
If the House measure were to pass, the cuts could impact hundreds of thousands of Black women who rely on the group’s services.
Planned Parenthood provides reproductive services and other health care to 2.5 million people every year. There is a piece of the bill that would stop the organization from being reimbursed by Medicaid for any of its services. Currently federal funds cannot be used for abortion services. This legislation would freeze all government funding for health care services to organizations because the centers also perform abortions.
Planned Parenthood is the country’s largest abortion services provider, which makes it a target of conservative legislators and voters. During the presidential campaign, Donald Trump promised his base that he would defund Planned Parenthood elected. But the organization provides other critical health care services for women through their 600 health centers around the country. Planned Parenthood also provides contraceptives, cancer screening, sexually transmitted disease screenings and other services.
The defunding of Planned Parenthood is just one aspect of the proposed replacement bill that could have a big impact on Black women. If the American Health Care Act is passed, it could change the requirement that individual health plans cover maternity care. The new plan would still require that insurers will cover maternity care, but states could opt out by asking for a special waiver. This could have a major impact on women who rely on Medicaid. The current safety net that ensures that pre-existing conditions are covered, is in jeopardy. In fact, the plan that is currently on the table could throw millions of women out of access to affordable care.
Alencia Johnson, the director of Constituency Communications at Planned Parenthood says, “Black women need to know that blocking access to health care at Planned Parenthood can further the gap between health disparities and improved health outcomes.”
Johnson adds, “as women of color, we face significant barriers in accessing care, and we must understand this fight has an impact on a provider who has provided the lifesaving health care we need.”
Johnson says that there are misconceptions about Planned Parenthood services. “Over 90 percent of our services are lifesaving, preventive care.” Johnson adds that “Planned Parenthood doesn’t receive a check from the government. We are reimbursed for Medicaid services like any other health care provider.” Medicaid does not cover abortion, due to the regulations of the Hyde Amendment. “It is unbelievable that in 2017 we are having a debate in this country about holding birth control and cancer screenings hostage to an extreme agenda to end women’s access to safe, legal abortion — which 70 percent of Americans support,” Johnson says.
Nearly half of Planned Parenthood’s annual budget of an estimated $550 million, comes from Medicaid reimbursements, government grants. Some clinics would probably be forced to close should the law pass. And equally important, the law could mean that many Black Americans would lose their overall health coverage under Medicaid. Johnson says “Planned Parenthood will continue to do everything we can to ensure patients who rely on Medicaid or other federal programs are still able to receive care at Planned Parenthood health centers. “
But if Republican leadership has its way, Obamacare would be repealed and replaced with some form of their American Care Act that would have major impacts on access to affordable care. The problem is, few know what the new version of the bill says, even those who voted for it. The timetable for the vote from the Senate is unsure. Behind the scenes, legislators say that the bill in its current form has no chance of passing without major changes. But Planned Parenthood is not standing by without a fight. “We’ve had town hall meetings all over the country for people who will be impacted by blocking access to care, which brought a diverse group of patients and supporters of all ages and backgrounds,” Johnson says.
Johnson says it isn’t too late. “Black women can continue to make their voices heard by calling their senators and telling them they oppose this dangerous health care law,” she says. “We must also educate our communities on the importance of health care provided at Planned Parenthood.”
She points to the story of Courtney Everett who was living with endometriosis, and gets care from Planned Parenthood. Johnson urges other women to share their stories to help make the public aware of how the organization impacts the lives of black women.
What You Need to Know About Planned Parenthood Services
As of 2013, blacks represent 370,000 or 14 percent of Planned Parenthood patients for all services.
Planned Parenthood estimates that over 2.2 million or 52 percent of all patient visits were by Medicaid recipients. Before expanded Medicare through the Affordable Care Act, black women were 50 percent more likely to be uninsured that white women.
Planned Parenthood health centers provide health care that helps women of all ethnicities prevent an estimated 515,000 unintended pregnancies and 216,000 abortions every year.
Planned Parenthood centers screen for several cancers, including cervical cancer. They provide nearly 500,000 Pap tests, identifying nearly 75,000 women at risk of developing cervical cancer. Black women have the highest rates of the disease and the highest death rates. Early detection as provided through Planned Parenthood could mean the difference between life and death.
Annually Planned Parenthood provides 550,000 lifesaving breast exams, helping alert patients to possible breast cancer.
Planned Parenthood provides nearly 4.5 million tests and treatments for sexually transmitted infections, including 700,000 HIV tests, and diagnoses of more than 157,000 STIs. Black women have the highest rates of HIV/AIDS infection among all women.
Andrea King Collier is a Lansing, Michigan-based multimedia healthcare journalist.

via Scores Of Black Women Could Lose Health Care If Planned Parenthood Is Defunded — Foxy 107.1-104.3

Millions around the world took part in parades and marches in honor of National LGBTQ Pride Month, but these celebrations may not have been possible if not for a group of LGBTQ activists who 48 years ago stood up in a local New York bar and fought back against hate.
On June 28, 1969, when New York City police began again harassing LGBTQ patrons of the Stonewall Inn simply for congregating, those patrons decided they’d had enough. They began bravely fighting back against the consistent oppression and brutal intimidation they faced. From those early demonstrations grew a modern social movement determined to rid the nation of discrimination against all LGBTQ Americans.
Exactly one year later, the first Pride marches took place in New York, Chicago and Los Angeles to commemorate the anniversary of the historic stand against injustice at Stonewall.
The significance of the events at Stonewall, and their influence in shaping the national conversation surrounding LGBTQ equality in America, cannot be overstated. Last summer, then-President Obama acknowledged the historic contributions of the events of 1969 by designating the Stonewall Inn as the country’s first LGBTQ national monument, a place essential to telling the story of the LGBTQ community’s struggle for equality.
“We can’t rest, we gotta keep pushing for equality and acceptance and tolerance, but the arc of our history is clear,” said Obama. “It’s an arc of progress and a lot of that progress can be traced back to Stonewall.”
The LGBTQ community hailed Obama’s announcement, which recognized what many consider the birthplace of the LGBTQ movement, providing a public acknowledgement of Stonewall’s much-deserved place in history.

Political parody is a dicey proposition; often it’s not funny and falls flat on its face. But this parody of “Old Man River” by satirist Roy Zimmerman, which makes fun of Mitch McConnell and TrumpCare, is pretty damn good: h/t: Lesley

via “Old Man Fibber”: GOP Healthcare — Why Evolution Is True

The post originally appeared on Cleveland.com and was submitted by Chad Griffin, President of HRC, and William Hardy, President and CEO of Equitas Health. For millions of Americans across the country, the possible repeal of the Affordable Care Act is a terrifying prospect. People are facing dire consequences if President Donald Trump succeeds in his quest to destroy…

A group of Planned Parenthood volunteers donning red cloaks and white bonnets gathered to protest Tuesday at the Capitol in Washington, D.C. The crowd was channeling “The Handmaid’s Tale” in opposition to the Senate’s proposed healthcare bill. “It would be the worst bill for women in generations and decimate women’s healthcare,” Fern Whyland, communications director……

via The Healthcare Fight Still Isn’t Over — NETWORK Lobby

As millions gather at “Women’s Marches” in cities across the U.S. and the globe to protest the new presidential administration in Washington, DC, it might be instructive for us to learn from a Catholic nun who has been an outspoken advocate for justice for decades: Sister Simone Campbell, SSS. In fact, she will be a speaker […]

via ‘Nun on the Bus’ Speaks on Justice, Spirituality, and Equality for Women and LGBT People — Bondings 2.0 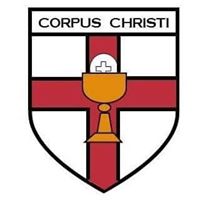 We believe wholeheartedly that an informed conscience, molded on Gospel values of truth, justice, compassion and love, should be the ultimate motivating force in a person’s life.

We teach these values with the individual person in mind and with respect for individual human freedom and dignity. We trust that we, if we are people fully living in the spirit of truth, will be able to decide what is just and right conduct, both in our own lives and within society.  Visit us at corpuschristicommunion,org